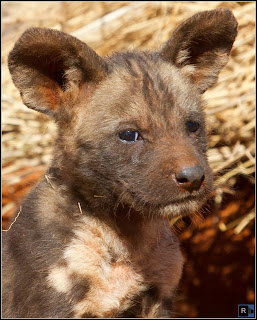 A few months ago in August 2012, we were devastated to hear that a pack of spotted hyena had killed an entire litter of wild dog pups. 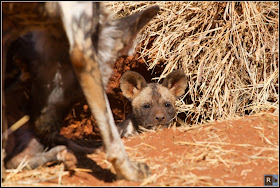 We were, at that time, heading up to the north-east corner of Madikwe at least once a day to take Mosetlha guests on special "Wild Dog Puppy Drives", where we would see a pack of fourteen adults and twelve pups who were denning on the private land just across the river. 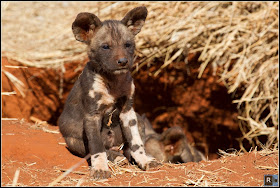 At the same time, a much smaller pack of three adults, had produced six pups and were looking after them in a different section of the Reserve. These are the ones believed to have been killed by Spotted Hyena. None of them have been seen for three months .... 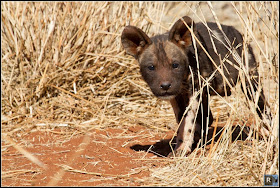 So it was with great joy that we heard last week that in fact this pack of nine IS still around, that nobody had been killed by anybody, and they are all doing just fine! 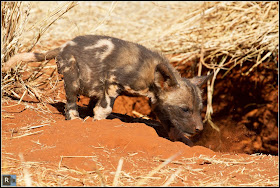 (All photos from our guest Ryan Viljoen, July 2012: https://www.facebook.com/ThroughtheShutter)